Diplomats from EU, Russia and Iran expressed here on Monday optimism amid a fresh round of Iran nuclear talks aimed at reviving the 2015 nuclear deal after a hiatus of more than five months.

“I feel extremely positive about what I have seen today,” said Enrique Mora, deputy secretary-general of the European External Action Service who chaired the talks, after the meeting.

There is “clearly a will” by the Iranian delegation to bring the JCPOA back to life, Mora added, referring to Joint Comprehensive Plan of Action (JCPOA) that inked the 2015 Iran nuclear deal.

Mikhail Ulyanov, Russia’s permanent representative to international organizations in Vienna, said on Twitter that the participants agreed on further immediate steps during the seventh round of negotiations which started “quite successfully.”

However, it remains to be seen whether such optimism can be transformed into real results as diplomats from China, Russia, the United Kingdom (UK), France and Germany, in addition to Iran, convened on Monday at the Palais Coburg hotel to try to revive the 2015 deal.

Iranian Foreign Minister Hossein Amir Abdollahian said on Friday that Iran was serious about the upcoming nuclear talks and wants “a good and verifiable agreement.”

“If other parties are ready to return to their full obligations and lift sanctions, a good and even immediate agreement can be reached,” said Amir Abdollahian in a telephone conversation with EU Foreign Affairs Chief Josep Borrell.

The last round of talks over the restoration of the 2015 deal was held in June.

The U.S. government under Donald Trump withdrew from the 2015 agreement in May 2018 and unilaterally re-imposed sanctions on Iran. In response, Iran has gradually stopped implementing parts of its commitments to the deal since May 2019.

Iran’s new negotiating team has set out demands for the revival of the nuclear agreement, including the removal of all U.S. sanctions, verification mechanism for the removal of embargo, and guarantees from the United States that the next administrations will not breach the deal. Enditem 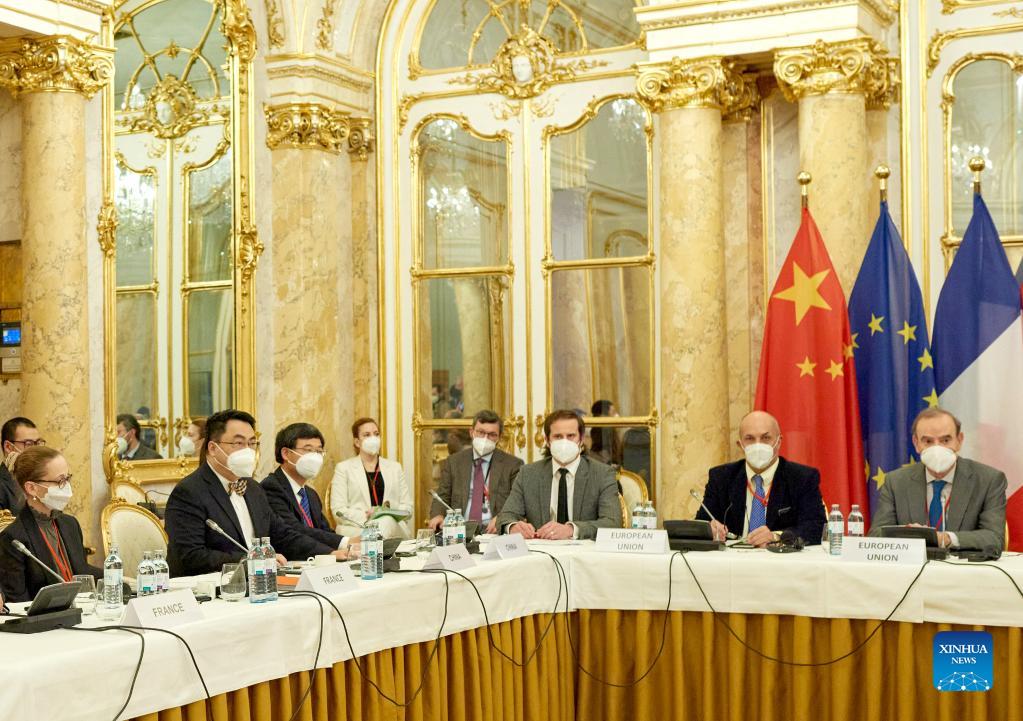 Photo taken on Nov. 29, 2021 shows a meeting of the Joint Comprehensive Plan of Action (JCPOA) Joint Commission in Vienna, Austria. Iran nuclear talks aimed at reviving the 2015 nuclear deal resumed here on Monday after a hiatus of more than five months. (EU Delegation Vienna/Handout via Xinhua)