Judicial and law enforcement authorities in Europe, Australia, the United States, Ukraine and Canada have taken down a website that allowed fraudsters to impersonate trusted corporations or contacts to access sensitive information from victims, a type of cybercrime known as ‘spoofing’. The website is believed to have caused an estimated worldwide loss in excess of GBP 100 million (EUR 115 million).

In a coordinated action led by the United Kingdom and supported by Eurojust and Europol, 142 suspects have been arrested, including the main administrator of the website.

London’s Metropolitan Police Commissioner Sir Mark Rowley stated: The exploitation of technology by organised criminals is one of the greatest challenges for law enforcement in the 21st century. Together with the support of partners across UK policing and internationally, we are reinventing the way fraud is investigated. The Met is targeting the criminals at the centre of these illicit webs that cause misery to thousands. By taking away the tools and systems that have enabled fraudsters to cheat innocent people at scale, this operation shows how we are determined to target corrupt individuals intent on exploiting often vulnerable people.

Eurojust President Mr Ladislav Hamran said: As cybercrime knows no borders, effective judicial cooperation across jurisdictions is key in bringing its perpetrators to court. Eurojust supports national authorities in their efforts to protect citizens against online and offline threats, and to help see that justice gets done. 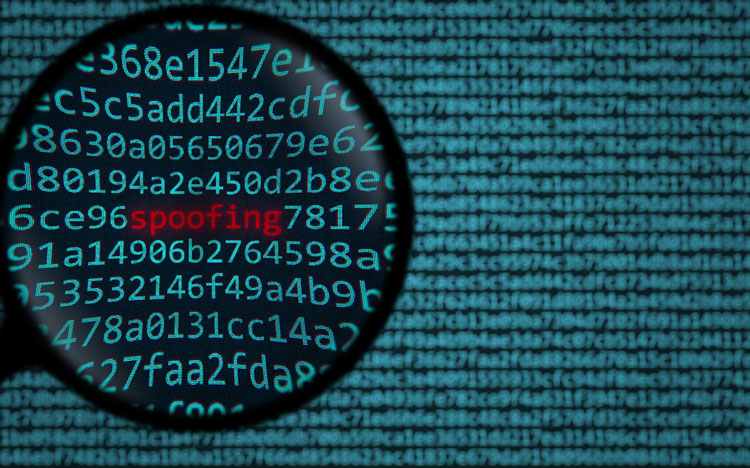 Europol’s Executive Director Ms Catherine De Bolle said: The arrests today send a message to cybercriminals that they can no longer hide behind perceived international anonymity. Europol coordinated the law enforcement community, enriched the information picture and brought criminal intelligence into ongoing operations to target the criminals wherever they are located. Together with our international partners, we will continue to relentlessly push the envelope to bring criminals to justice.

The services of the website allowed those who sign up and pay for the service to anonymously make spoofed calls, send recorded messages and intercept one-time passwords. The users were able to impersonate an infinite number of entities (such as banks, retail companies and government institutions) for financial gain and substantial losses to victims.

The investigations showed that the website has earned over EUR 3.7 million in 16 months. According to UK authorities, losses to victims at present are GBP 43 million (EUR 49 million), with an estimate worldwide loss in excess of GBP 100 million (EUR 115 million).

On 8 November 2022, the website and server was seized and taken offline by US and Ukrainian authorities.

The case was opened at Eurojust in October 2021 at the request of the UK authorities. National authorities from 10 countries, including European Union Member States and third countries, supported the investigation. The Agency played a key role in facilitating the judicial cross-border cooperation among all parties involved. Two coordination meetings were hosted by Eurojust to coordinate the national investigations and prepare for the action.

At the request of the United Kingdom, Europol started supporting the case earlier that same summer (August 2021). Since then, Europol’s European Cybercrime Centre (EC3) has been providing through the Joint Cybercrime Action Taskforce (J-CAT) continuous intelligence development to the national investigators. In addition, EC3 provided a secure platform for law enforcement to exchange large packages of evidence. In the framework of its analytical work, Europol was able to identify additional users of the iSpoof service, a number of which were already known for their involvement in other high-profile cybercrime investigations at the European level.

The following authorities took part in or supported this investigation:

About Famagusta Gazette 6980 Articles
In addition to our Mediterranean perspective, Famagusta Gazette publish extensive coverage of world news, travel and tourism features, and financial information. Follow us on Twitter @FamagustaG

Israel
February 1, 2023 0
U.S. Secretary of State Antony Blinken’s visit to the West Bank prompted outrage among many Palestinians, who demonstrated on Tuesday to express their opposition to the U.S. top diplomat’s presence in the Palestinian territory. The [Read More]

Mediterranean Focus
January 31, 2023 0
Turkey could evaluate Finland’s NATO bid separately from Sweden’s bid to distinguish “between a problematic country and a less problematic one,” the Turkish foreign minister said on Monday. “If NATO and these countries take such [Read More]